They're All Growing Up 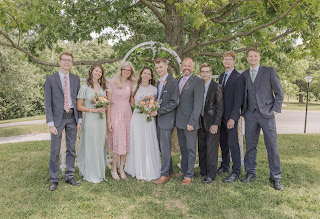 This year's edition of Teachers Gifts are adorable nest necklaces.  I made one for myself a few months ago. (I was procrastinating cleaning the house and decided, instead, to sit on my kitchen floor and make a necklace.) In the past few months, I have gotten a lot of compliments on my necklace, so I decided to make them in bulk. A friend's birthday, Mother's Day, and birthday gifts for my three sisters. So far they are a huge hit. (I personalized theirs using pink and blue pearls reflecting their children and families.) So it was no surprise when I decided to make them for the teachers this year. I saved up all my 40% Michaels coupons (and made Joe load the Michaels app onto his phone for more savings -- he must really love me). I made twelve necklaces in all.  I was able to make four necklaces from each pack of wire and each pack of chain.   To package them, I put them in small, fushcia organza bags (from Michaels) and placed them in zebra-striped bags (f
6 comments
Read more 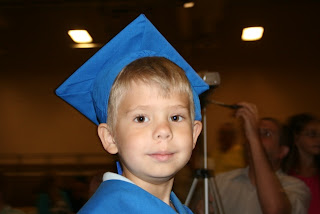 My little graduate. Today Sawyer graduated from preschool. I. did. not. cry. But will someone tell him he needs to stop growing up? It was a bittersweet day today. Sawyer graduated from preschool. The same preschool all of my children attended and graduated from. When I pulled out the cap and gown last night, I noticed the inscription inside of the hat read that Taylor graduated on Friday, June 1, 2001, exactly 11 years ago to the day. I felt a little nostalgic and I thought back to his graduation and how young he was. Six children. Eleven years of paid preschool and one year of "joy school" later. It's hard to believe this chapter of my life is over. No more tuition bills. (Can I get a "woot!" ?) I will only have children in three  schools next year, instead of four. At graduation this morning, I received an honorary diploma. I was not expecting it. When we walked into the auditorium (it was held at a local private college), the direc
7 comments
Read more

Taylor at the Zombie 5K 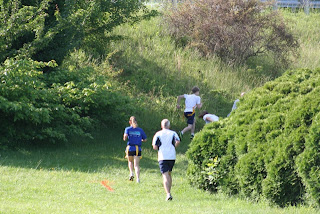 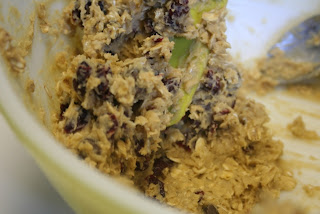 The younger children had a half-day of school today. I was trying to think of something to do to make it special. (Since Taylor and Carter had a full day.) I thought some one-on-one time with my girl would be just what we needed. I had been eyeing a cookie recipe for some time. And, oooh, I could almost taste those white chocolate chips melting in my mouth. As I pulled the ingredients out of the cupboard, a look of dismay appeared on Spenser's face and she adamantly stated that she hates white chocolate. What?!? But I could almost taste those cookies. At first, I am ashamed to say, I bargained with her. I tried to convince her that she really would like them, if she just tried them. And, it didn't work. I begged her. And, just as soon as she gave in, it hit me like a bullet. It wasn't about the white chocolate chips. It was about spending time together. It was our special time together. And Spenser is better than white chocolate chips. And then my attitu
6 comments
Read more 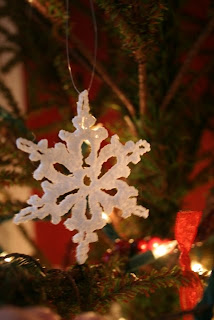 Here is the 2011 edition of homemade "Sisters' Gifts." Crocheted snowflakes. I made snowflake #20 from 99 Snowflakes . While the priority is to make them for my mother, three sisters, three sisters-in-law and my sister-in-law's sister (who has no other family in the area), I always make enough to spread the love to teachers and close friends. I think I made 30. Or 30 was my goal. I may have made more. Once I memorized the pattern, they were flying off the hook. I took my hook, crochet thread and scissors everywhere I went. I crocheted at the boys' basketball games, track meets, in the car while waiting for preschool to let out. Every.where. I'm almost sad I've finished. (Not quite sad enough to continue making them, though. The very worst part was pinning and starching those suckers. The pins killed my fingertips and the starch dried out my hands beyond recognition.) Of course I added a bar of my handmade chocolate-mint soap with each gift.
5 comments
Read more 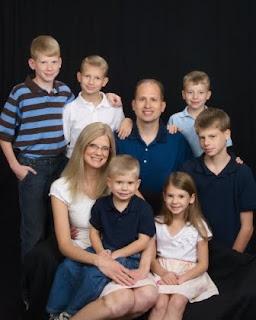 This year's Christmas card photo. We had it taken in October, right after Joe retired. (It's been hard to keep in secret since then.)
6 comments
Read more
More posts