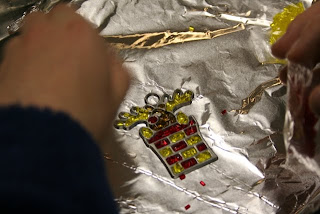 Yesterday was a busy day. We went to church and then attended a huge family Christmas (reunion) party. Santa was supposed to come through town on the fire engine last night, but rain kept ol' Saint Nick home. (He's rescheduling for next Monday.) I tried to console the children that they had just seen Santa (on a fire engine no less) at our family Christmas party just two hours earlier. I think they're cool with it now.

So we had some "down time" last evening. As always, I turned on my Christmas music and everyone just kind of did their own thing: playing, making, creating, etc. For Advent I had picked out a few crafty things to do throughout the month. Sadly, our busy family life has us going in different directions on most weeknights, so our Advent has mostly been drinking hot chocolate with a candy cane (or cool snowman-shaped marshmallows); drinking eggnog; family movie night (on a school night! with popcorn); and other holiday treats.

Last night was the perfect night to break out an organized craft. 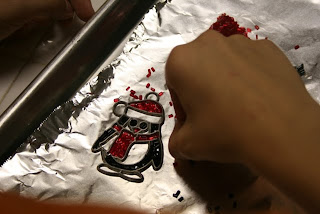 I had picked up some dollar crafts at Michaels several weeks ago and hid them away. Even though I bought six of each, I knew even then that Taylor would not participate.* We still asked him. 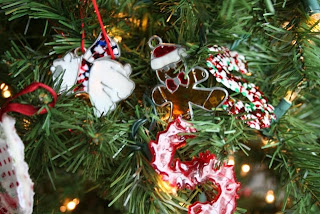 The children liked this craft, although it did bring a few tears. Those darn little beads are so darn little and twice the "frame" popped up and all the beads under the frame scattered here and there and had to be redone. And tweezers were involved. And fighting over tweezers was involved. 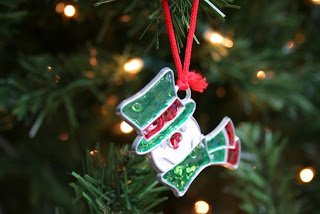 Despite the tears, I think Joe and I they did a great job. Really, we just fine-tuned the errant beads. 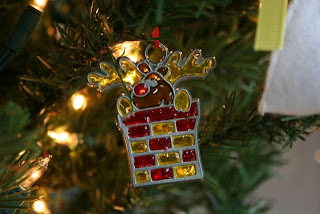 The kids used the leftover beads to create their initials.

*Today at 12:42 p.m., I will have officially been a mother for 14 years. Taylor's birthday is today. We are so proud of him. He has his Eagle Board of Review on Thursday night and then it should be official. His goal was to have this Board of Review before his 14th birthday, but, ahem, some of the volunteers weren't willing to make it happen.
crafting family family fun

Kat said…
Bob is excited to be at his board of review, he is so proud of Taylor!
6:16 PM EST

nikko said…
Man. I'm really not looking forward to the "i'm too cool to do stuff with my family" stage. Ugh. Congrats on his upcoming Eagle, though. That is really wonderful.

We did those ornaments when I was little!
9:32 PM EST