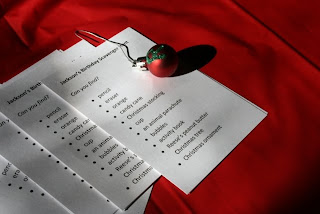 Today, Jackson is a decade old. It's hard to believe another ten years have flown by.

On Saturday we celebrated his birthday with some friends from school. I think this is the third year in a row he has invited the same friends. As in years' past, I am always leery of Jackson and his friends coming together. And I have good reason ... Remember the sofa they flipped? I will never forget that party as long as I live.

Anyway, it's been cold and windy, but I figured it would be a perfect day to send the kids outside to do an outdoor activity. And, would you believe it, they actually begged to go outside before the activities started. I sent Joe and another father out to supervise, while I heated up some food. (Which was clearly my excuse to stay inside.) 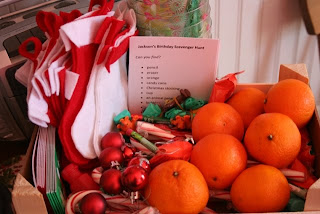 While they were eating, Carter and I went outside to hide the loot for the scavenger hunt. 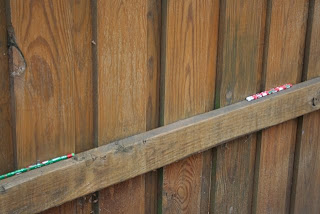 a pencil (hidden on the fence), 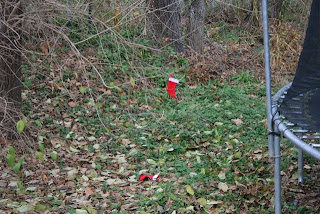 a Christmas stocking (quickly sewn by me the night before, hanging on a bare tree), 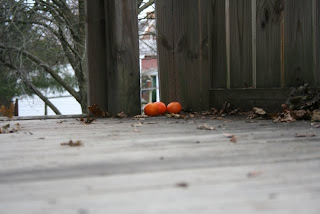 a clementine (hidden on the floor of the play fort), 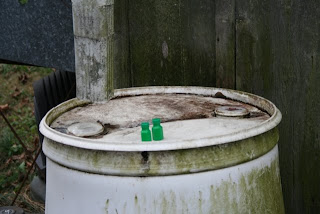 bubbles (hidden on top of the frozen rain barrel),
eraser (hidden on a rock), candy cane (hanging on the fence around the garden), cup (hidden on the shelf in the back of the candy stand), animal parachute (hidden on the wood pile), activity book (hidden in the foliage of my yucca plants), Reese's peanut butter Christmas tree (in the treehouse "mailbox"), and Christmas ornament [a personalized ornament made by me as shown in top photo (hung from the bare forsythia)]. The boys loved it.

I think we lucked out by not having snow like we did for Jackson's last two birthday parties.

Happy birthday, Jackson! I hope to spend many more decades with you.
family

Katie said…
Sounds like it was fun!! And better yet, the sofa remained in tact!
1:44 PM EST