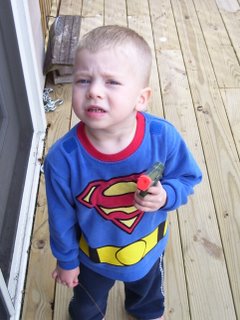 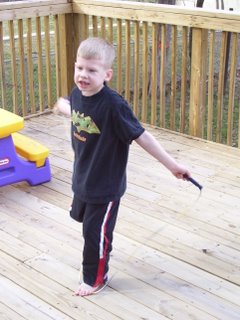 This is Carter (on Saturday) demonstrating how he jumped his way to first place. He is using the new jumprope he won from the contest. 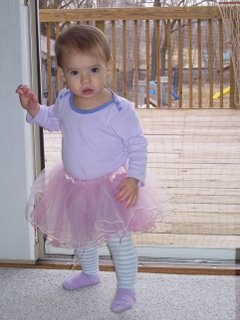 Spenser in her "pixie" ballerina outfit. She was trying so desperately to get outside with the boys and join in on the fun. We are still awaiting a few spindles on the one side of the deck (near the smokehouse), another handrail, and a gate for the top. 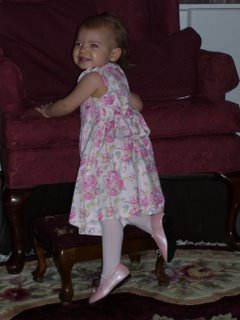 Spenser dressed for church this morning. She was wearing her new Laura Ashley dress (that I bought last summer) and her new pink shoes (and new tights -- she finally outgrew her 6-12 months). 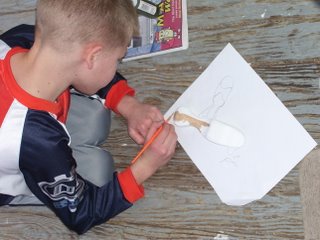 Taylor painting his pinewood derby car. It's now painted as a copperhead. Watch out, Jandro!

No pictures of Jack. I think he was playing with legos at the time. And, poor Jack, I forgot to register him for kindergarten last week! And I'm so excited about him going! It's all day next year!